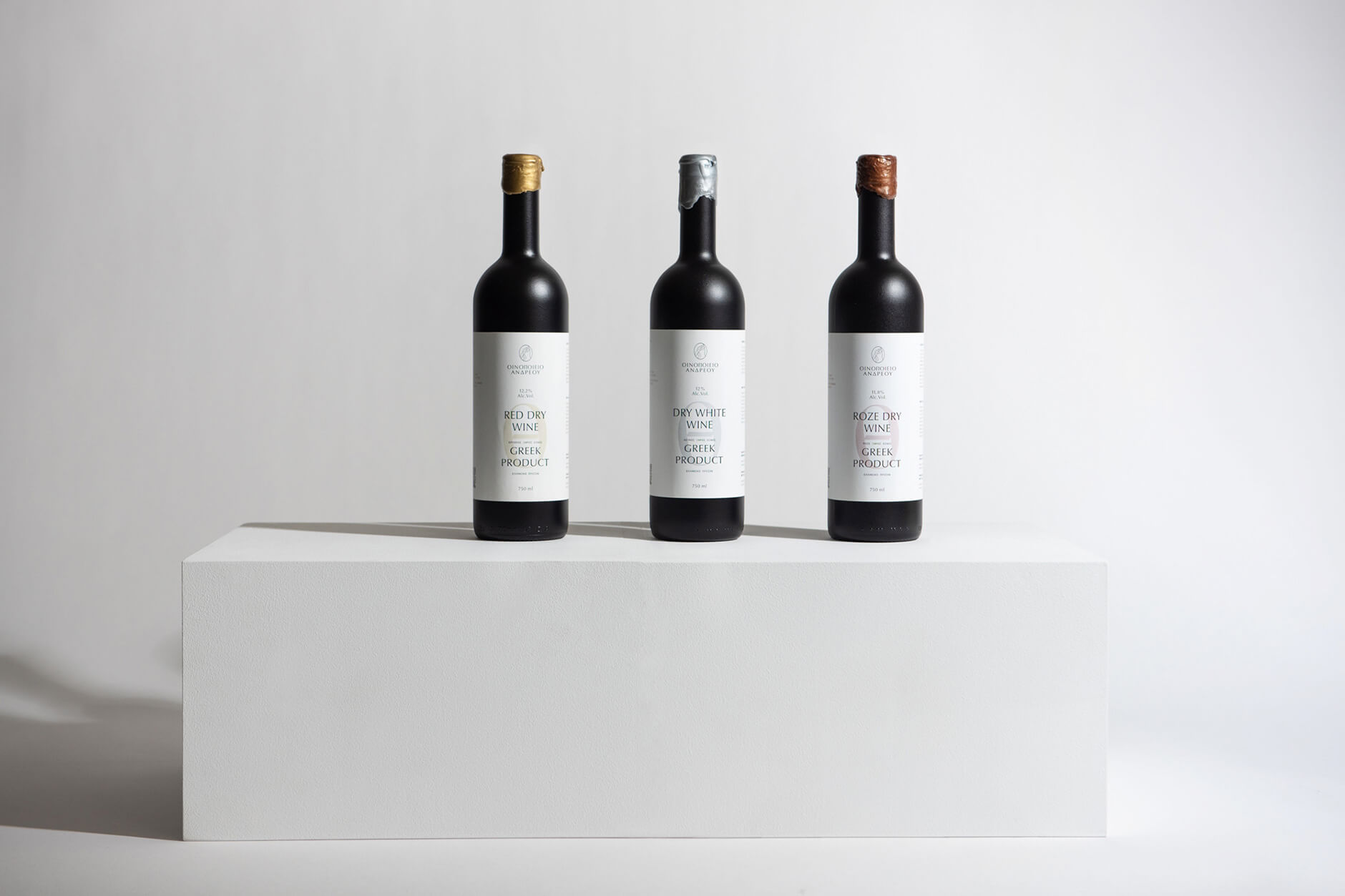 Andreou Winery is a winery located in Trizina - Poros, the birth place of the ancient Greek hero Theseus. They asked us to design and name their first premium wine series. The main theme of the wine had to be Theseus and his Six Labours as one can see on their logo which was also designed by us in the first place in order to praise the local history.

If you read the myth of Theseus labours you can clearly see violence and death having a leading role in the story. Theseus and Death had something more in common in Greek, the Greek letter Theta

Theta (ˈθiːtə/) is the eighth letter of the Greek alphabet. Theta was considered also the symbol of death. In its archaic form, θ was written as a cross within a circle. Archaic crossed forms of theta are seen in the wheel letters of Linear A and Linear B.

In classical Athens, it was used as an abbreviation for the Greek θάνατος (thanatos, “death”) and as it vaguely resembles a human skull, theta was used as a warning symbol of death, in the same way that skull and crossbones are used in modern times.

This high contrast between the glorious story of an upcoming king and the dark side of his labours inspired us in order to place a bright white label on top of a black mat painted bottle.

Clear typography that communicates only whats necessary about the product and the letter Θ Theta peeking behind it in three different colours in combination with the corresponding wax seals colours on top.