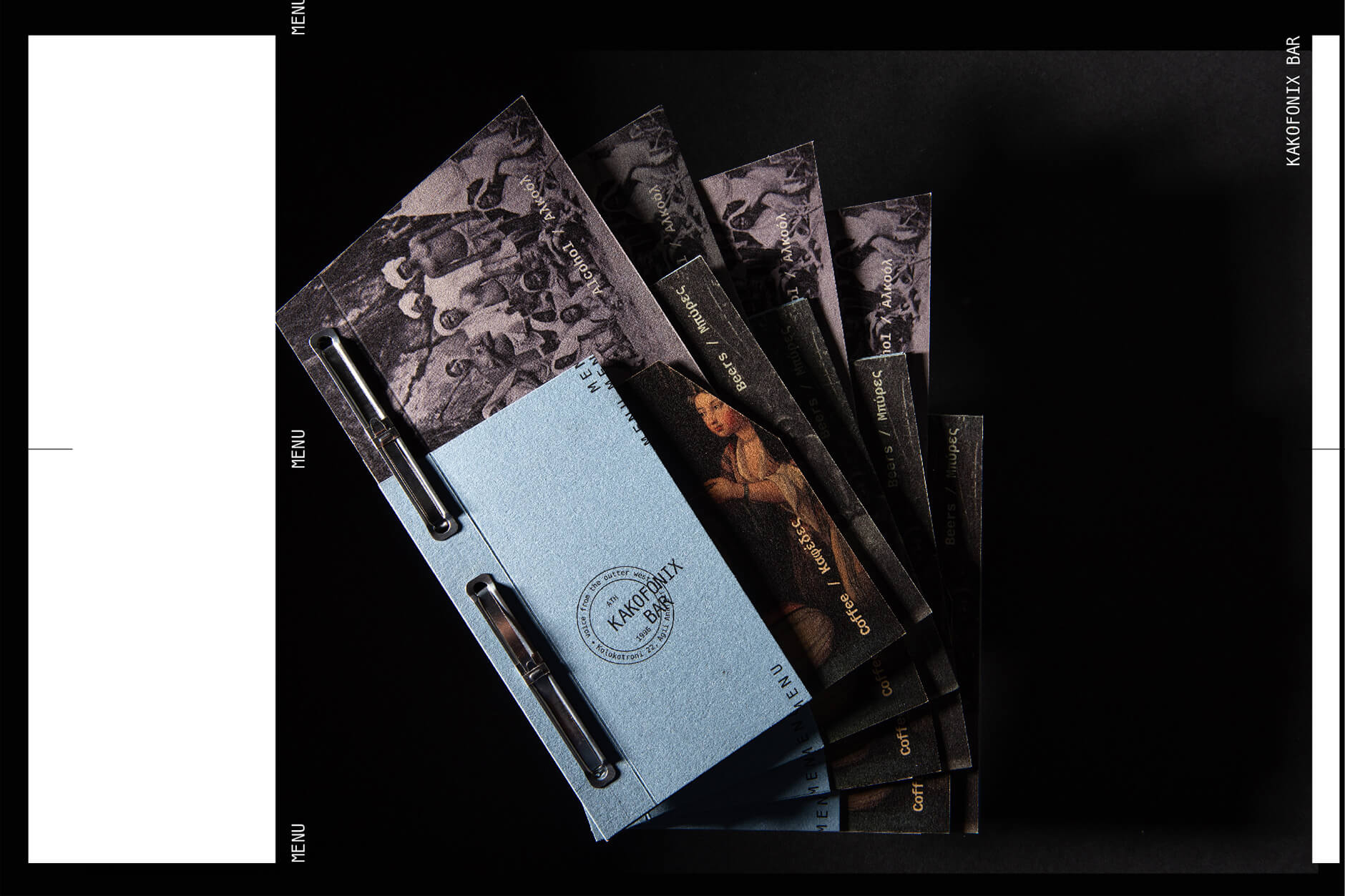 Kakofonix bar is a peculiar underground bar where the patrons can hear punk sounds up to New Orleans jazz/blues. A suburban cacophony with a loyal audience. When the owners assigned us the redesign of the bars’ corporate identity we knew that the concept had to be related to sound and alcohol. Through our research, we fell into the word “slave" which became our design vehicle. alcohol has been strongly associated with 16th-century colonization, and with slavery from Africa, the practice of bringing a huge number of slaves to the vast cane plantations.

etymology -> probably from the earlier Byzantine words, slavish, Slavic, Slavic, may come from the verb σκυλευω (skyleúō) / strip or despoil a slain enemy because the Slavs were often enslaved.

Slavs -> those who speak strangely. Finally,

studying the word “slave”, we discovered both elements that we should base our concept.
Strange speech (sound) and alcohol.

The logo was designed as a stamp as a reference to the trade. For the catalogs die cut we got inspired from the graffiti that we did in the yard of the bar, we also used images from slaves, wanting to show the dark side of alcohol in a place of fun.