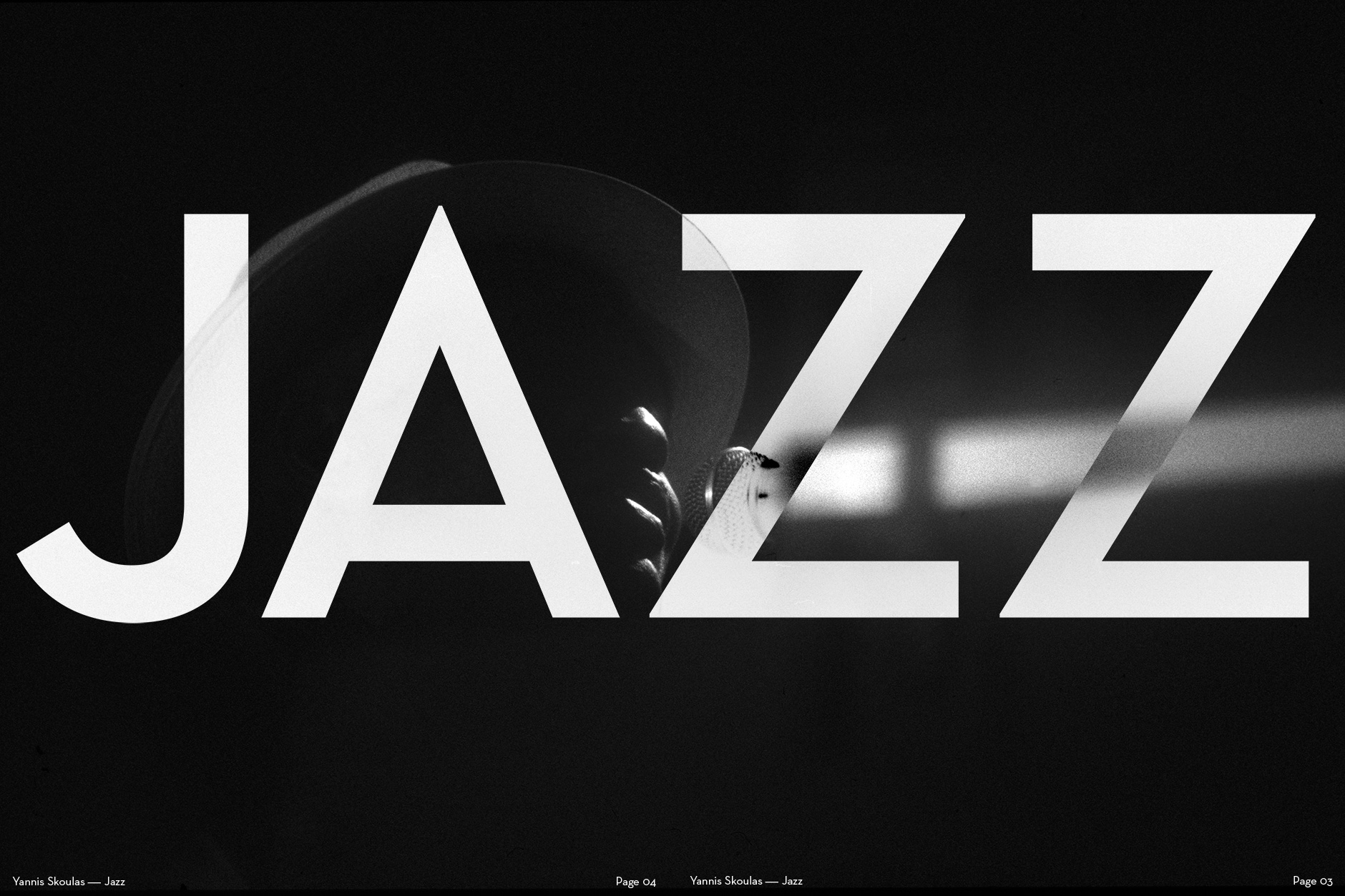 The photographs that are displayed on the walls of the hotel are works of photographer Yannis Skoulas. His love of jazz has led him to take photos for more than 20 years (1986-2007) of the elite of jazz and blues musicians that have visited Athens.

Most of the photos on display are unpublished and are shown for the first time in Kimon hotel. The photos are placed on a grid following the order one sees them in the space as they climb the hotel`s neoclassical staircase until they reach the rooms.

The brochure was not intended to serve as an exhibition catalog but as a “map” that guides the visitor, that was the reason we chose to make the photos black and white so that they won’t “steal” the value of the actual photos, also using only one ink during the printing process makes it economical and more ecological at the same time.

The photos have been shot using positive film (slides) and they have not undergone any digital image processing.During shooting, the iso of the film increases manually and the aperture shrinks by 2 stops, while the development of the photos in the darkroom takes place in twice the time designated by the manufacturer.

This personal technique of the photographer, in conjunction with the use of vaseline on the lens, make light diffuse and create a sense of the musician or their instrument being self-luminous.In order to compliment the great contrast between light and shadow that these photos have and being analogue in a digital era, we designed an actual folder taken from the classic Folder Icon one can find in computer interfaces that contains this catalogue-map.

The Folder was made from thick steel plate, powder coated black.