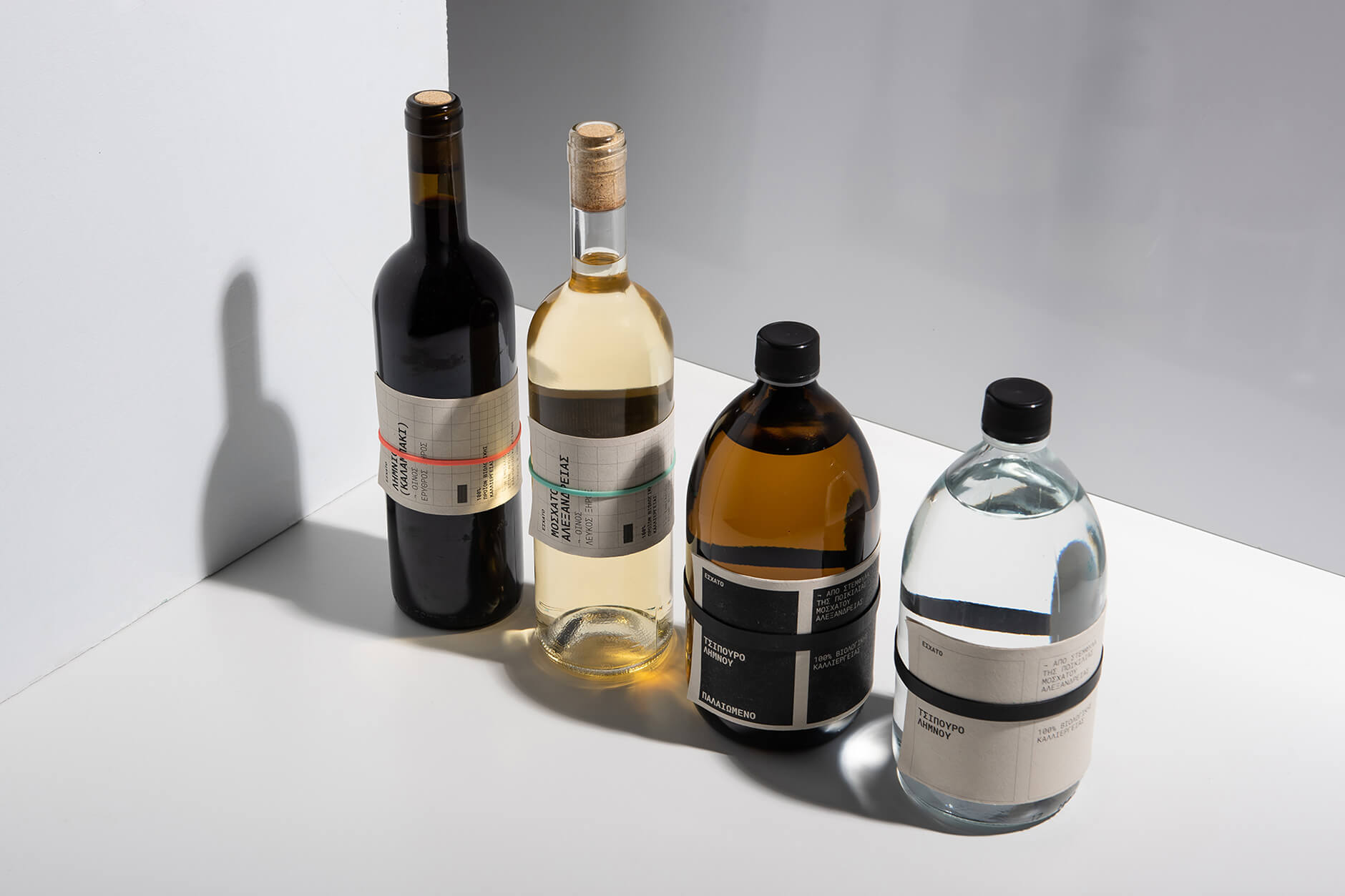 The series “eschato” comes from the furthest northeastern village of Lemnos island, Plaka, a cape with grey and black plaques.

the one who is situated at the greatest distance,in each direction, of a delimited space, the farthest, the latter in a rank order, the inferior, the most despicable.

The interpretation of the word “eschato” has led us to choose the materials and the colour code we had to follow. Cheap materials of inferior quality that contradict the high quality of the product itself, thus composing an unexpected result, following the DIY philosophy of the producer, who produces and packages the products himself with non-mechanical means. Inspired by this process, we came up with solutions that do not involve mass production units, but it enables the producer to keep the whole process in his workshop.

In terms of design we draw inspiration from the Dionysian myth, where the god on his trips to the East met the vine. At his way back to Greece he took seeds of grapevine stored on an empty bird’s skull. The seeds germinated, grew and had to repot them to a lion’s skull. When they grew even bigger, he repot them, for the third time, to a donkey`s skull.

The 3 stages of the myth are depicted with a 3 column grid, but also with the image of the vine deformed in 3 phases, wanting to show the results of alcohol on humans after 1, 2 and 3 glasses.